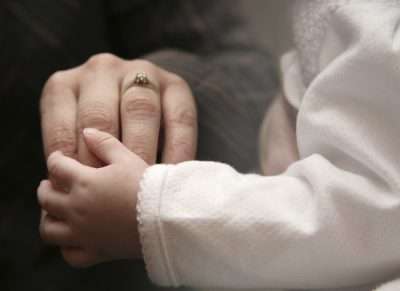 Women are increasingly waiting longer before starting a family. This trend has been reinforced by increasingly sophisticated and effective forms of fertility therapies. It is long known that waiting to have a baby until after age 40 increases medical risks, but new research suggests older moms face a higher risk of depression.

According to the CDC’s National Center for Health Statistics, first births to older moms is increasingly common. The number of women giving birth at/over age 40 has nearly quadrupled since 1980. In 2012, there was more than nine times the number of first time moms over the age of 35 than in 1970. The number of moms having a baby over age 45 doubled between 1997 and 2008!

There are clear benefits for some women to waiting before having a child. Women having babies later in life tend to be in more stable relationships, are often more financially secure and often have well-established careers as compared to younger first time moms.

The risks don’t stop there, unfortunately. Pregnant women over age 40 are more likely to have complications such as gestational diabetes, elevated blood pressure, and some data suggests more negative birth experiences depending on mode of delivery, as compared to younger new moms. The rate of multiples also increases as women age, both due to increased chance of multiple ovulation in a cycle (where a woman releases more than one egg), and also due to increased use of assisted reproduction techniques, such as IUI and IVF, for conception. Pregnancies with multiples are much higher risk medically and confer a higher risk for depression for mom during and after pregnancy.

It is well known that the risk of having a baby with Down’s syndrome, among other genetic disorders, increases as mom ages.. Dads’ age also plays a role in the health of a child; data has clearly indicated an increased risk for various neurological disorders for children whose fathers are over 40.

Until recently, data was not clear on whether women who waited to have children had any increased risk of suffering from emotional symptoms in pregnancy or postpartum as compared to younger new moms. It seems logical to assume that anxiety is heightened for women of advanced maternal age during pregnancy given that conception often proves more challenging, and pregnancies are higher risk, as reviewed above.

Muraca and Josephs published research in September of 2014 that for the first time clearly identifies an increased risk of depression for women delivering at/over age 40 as compared to younger new moms. 40-year-old women were nearly three times as likely to be depressed at the time of delivery as compared to women age 30-35. The risk for depression was notably increased when looking only at first time moms. This relationship increased after controlling for confounders such as education level, marital status and chronic illness.

Pregnancies in women of advanced maternal age are already considered medically high risk. Now, hopefully based on this new data, these pregnancies will be viewed as ‘emotionally-higher risk,’ spurring providers to be more vigilant with screening and treatment of mood symptoms for the good of mom and her baby.