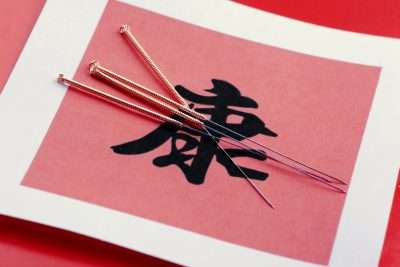 Acupuncture is beneficial for a myriad of ailments, and to improve overall health and wellness. Research has demonstrated benefit of acupuncture for multiple mental health issues, including but not limited to anxiety and depression. New research published demonstrates success from acupuncture to treat postpartum depression.

The psychotherapeutic intervention provided included psycho-education on postpartum depression, how to minimize anxiety and depressive symptoms as related to new motherhood and encouragement for self-care. This intervention was noted to last for ‘a stegmonth,’ which is defined as the ‘period of recuperation following childbirth.’ The frequency and intensity of these sessions remains otherwise unclear.

Women in both groups improved significantly over the six-week treatment period. 90.7% of women receiving the acupuncture-based intervention had at least a 50% improvement in symptoms; 90.5% of women treated with fluoxetine (Prozac) experienced the same improvement. There was no statistically significant difference in response rates between the two treatment arms. This held true when the treatment groups were compared at 2, 4 and 6 weeks of treatment.

While both treatment arms were overall well tolerated, several women in the Prozac (fluoxetine) group experienced mild side effects. Specifically, 6 women reported poor appetite, 5 reported nausea, and 3 reported dizziness. No clinically significant side effects were reported in the acupuncture group.

This study clearly describes benefits from acupuncture with psychological interventions for women with moderate to severe postpartum depression. These benefits were as significant as the benefits experienced by matched controls taking Prozac (fluoxetine) daily for the same period of time.

Questions remain regarding the specific psychological intervention employed along with acupuncture, and the degree to which these interventions played a role in the women’s improvement. Also, given that Prozac (fluoxetine) often requires several weeks for perceived benefit, it remains unknown whether there would be any greater improvement for the women in the medication arm if the study were extended time-wise.

Despite the various questions that can be raised about details of the study design, the results are impressive and warrant replication and further study. Hopefully, based on this encouraging data, more practitioners will consider acupuncture along with psychological intervention for women suffering from postpartum depression.