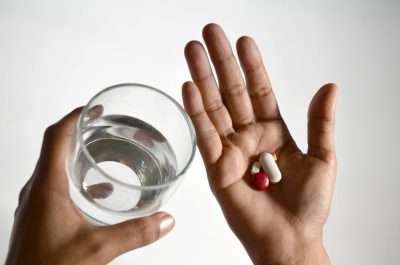 Pregnancy is a time filled with many new joys, excitement and anticipation; it is also a time with many physical and emotional changes. Hormone fluctuations are a key cause of many bodily changes felt throughout pregnancy, including headaches, joint pains and overall malaise. Until very recently, Tylenol (acetaminophen) was the go-to answer for many of the aches and pains of pregnancy. But, is it actually safe to take acetaminophen in pregnancy?

Two recent papers have raised concerns about the safety of acetaminophen use in pregnancy. Let’s review these papers and discuss alternative treatment options for some of the common discomforts in pregnancy.

It is important to note that in the setting of a fever in pregnancy, the risk of a high fever is greater than the potential risk from acetaminophen exposure. So, if you are pregnant and have a fever, call your OBGYN and follow his or her advise, including if that advise includes taking acetaminophen.

One study published in the International Journal of Epidemiology found an increased risk of language delay, poor motor development and behavioral issues for women who took acetaminophen for 28 or more days in their pregnancies.

Another study, published in JAMA Pediatrics found an association, not causality, between exposure to acetaminophen in utero, especially in the first and third trimesters, and attention-deficit/hyperactivity disorder (ADHD)-like behavior or for hyper-kinetic disorder (HKD)-like behaviors by age 7. HKD is a particularly severe form of ADHD.

Children of women who took acetaminophen regularly for extended periods of time, especially later in pregnancy, were 29% more likely to take medications for ADHD and nearly 40% more likely to be diagnosed with HKD by age 7. Risk of ADHD increased with the frequency of acetaminophen use in pregnancy. The greatest risk was seen when acetaminophen was taken regularly for 20 or more weeks of a pregnancy. The researchers controlled for factors such as maternal mental health, inflammation and infection, and found the same association.

Acetaminophen is a known endocrine (hormone) disruptor, which crosses the placenta during pregnancy, so baby is exposed if mom takes it. Maternal environment plays a role in fetal neurological development, so it is possible that exposure to acetaminophen for extended periods of time, such as over 20 weeks, may somehow be neuro toxic or otherwise play a role in future behavioral and attentional issues in children. However, at this point, based on these two studies, nothing can be said with certainty.

Before throwing away acetaminophen

Neither study was able to draw definitive conclusions about causality, only correlations. What does this mean? One cannot say that exposure to acetaminophen is the cause of the increased risk of ADHD or HKD in children whose mother’s took the medicine for extended periods of time. All that can be said is that there may be some association or correlation.

It is important to remember several things when reviewing these studies and other such investigations. For one thing, why were women taking so much acetaminophen for such extended periods of time? Women who took acetaminophen infrequently had children without an increased risk of ADHD and/or HKD. Taking the medicine routinely, especially during pregnancy, a time when many try to avoid unnecessary exposures even if considered ‘safe’ in the past, speaks to another issue that the women were trying to manage. Maybe it was this underlying issue that led to an increased risk of development of ADHD, rather than the acetaminophen itself.

ADHD is known to have multiple causes, including environmental as well as genetic. The genetics of ADHD are profound, with 70-80% of cases likely being caused by genetic predisposition. Environment likely also plays a role, which is where acetaminophen exposure may be involved.

What’s a mom in pain to do?

There are very limited options when it comes to pain control during pregnancy. Motrin, Advil, aspirin and similar anti-inflammatory agents are off limits as they are known to be risky in pregnancy. However, given that two studies have demonstrated a possible correlation with acetaminophen exposure in pregnancy for extended periods of time and future behavioral and attentional issues in children, it seems fair to say that pregnant women may want to pause before popping an acetaminophen unless there is a good reason, such as fever or intolerable pain.

Alternative pain control methods should be explored as first line, such as massage, acupuncture and warm baths. Additionally, yoga and stretching can be helpful for joint pain. Be sure you are well hydrated, as this is a common cause for headaches in pregnancy, and be sure to try to get adequate sleep. Give your body the time it needs for rest, it is working very hard making that baby!

As always, when in doubt, speak to your OBGYN or midwife about what is best for you in your pregnancy.

Until next time, take care of yourself and be well.