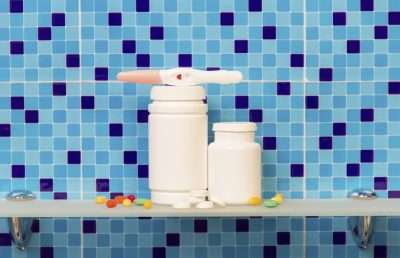 The British Medical Journal has published a new study evaluating the potential risk of use of several Selective Serotonin Reuptake Inhibitors (SSRIs) in early pregnancy. This study’s goal was to explore previously found associations between use of SSRIs and malformations. The study was quite large, and included data from independent published analyses combined with data from the US National Birth Defects Prevention Study (NBDPS).

The NBDPS is a population based case-controlled study run at 10 sites across the United States. The authors included births from 1997 to 2009, amounting to evaluation of nearly 30,000 subjects. The study matched cases of 30 major birth defects with liveborn, time and geographic-matched controls. The investigators used phone-based interviews to assess use of SSRIs (citalopram, escitalopram, fluoxetine, paroxetine, and sertraline) during early pregnancy in the study population. Exposure was limited to one month prior to conception through the first trimester.

The study controlled for several important possible confounders, including obesity, smoking and race/ethnicity. It did not, however, control for severity of illness. The results were overall highly reassuring. Sertraline was the most commonly used SSRI in the study; contrary to prior reports, it was not associated with any malformations. Citalopram and escitalopram were similarly not found to be associated with any specific malformations.

Use of fluoxetine or of paroxetine was found to be associated with higher risks of several birth defects, specifically related to cardiac and brain formation. However, these risks must be taken in context, as the absolute risk remained extremely low, the highest odds ratios being for use of paroxetine and risk of anencephaly (2/10,000 – 7/10,000) and right ventricular outflow defects (10/10,000 – 24/10,000).

It is important to note that the increased risk still remained below the 5% risk of malformations that is present for all pregnancies, unrelated to any specific exposure. Because these specific types of birth defects are rare, even doubling the risk still results in a low absolute risk.

Based on this exhaustive, well-executed study, use of SSRIs in early pregnancy does not increase the risk of any specific major malformation above the baseline population risk. This is highly reassuring and is further evidence that it is important that women address their mental health needs before, during and after pregnancy.

Carly Snyder, M.D. 347-309-7622 The information on this site is for educational purposes only. It is not intended to diagnose or treat any medical or psychological condition. Please consult your own health care provider for individual advice regarding your specific situation and needs. Branding | Digital Marketing | Support by Arancia.
Managed WordPress Hosting by Siteground.