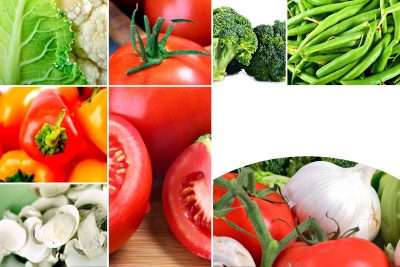 Dietary folate is a naturally occurring B vitamin found in legumes, fruits and vegetables. Folic acid is the synthetic form of folate. Folate has many important roles in the body; folic acid must be converted to its active form, akin to the natural folate, before it is functionally active. Natural dietary folate is readily available in many healthy foods that ideally are eaten daily. Folate from food is naturally balanced appropriately and absorbed by the body as needed. There is no upper limit to the amount of folate safely consumed per day. Consumption of folic acid should be limited to 400mcg daily, with a maximum intake of 1000mcg per day.

Folate is known to be involved in cell growth and regulation, DNA repair, and nerve cell function. Having sufficient folate levels in the body keeps an amino acid called homocysteine in check; this in turns decreases risk of stroke, heart disease and dementia. Folate also decreases the risk for certain cancers.

Foods fortified with folic acid are another story. Certain grains, cereals, breads and rice are fortified with folic acid (see below for a chart of amount of folic acid in some commonly fortified foods). Folic acid fortification was mandated in 1998, and has been thought to increase the average daily intake of folic acid by 100mcg per average daily consumption. Some foods can pack up to 800μg per serving. In the years after fortification began, the average American adults folic acid level doubled, and as a result the rates of neural tube defects dropped by 25-50%. Cleft lip and palate cases and congenital heart diseases also appear to be less common since fortification began. Lowering birth defect rates was the ultimate goal to fortification, so it was a successful plan, right? Maybe, maybe not.

In the years after fortification began, there was an increase in the number of colorectal cancer cases by roughly 4-6 per 100,000. This contrasted a previous 15-year consistent decrease in the number of cancer cases per year. Such a change in trend is not a direct cause/effect link, but along with other biologic facts, it is definitely suggestive of an association with increased folic acid consumption. It is important to note that debate exists as to whether the blame lies with folic acid, or if detection methods simultaneously improved to account for at least some of the increased cancer detection.

Other risks of ingesting excessive amounts of folic acid include masking the signs and symptoms of B12 deficiency, which can lead to a form of anemia and neurologic illness.

(hint: the answer is folate)

One thing is clear: folate and folic acid are not the same thing. Folic acid is a synthetic form of folate, which must be converted to folate in the body before it is functional. Unlike folate, it appears that folic acid may actually stimulate the growth of certain cancers like colorectal, breast and prostate under some circumstances. Folate, on the other hand, at any dose, is purely protective. See the many roles of folate in my blog. Excess folic acid likely blocks receptor sites in the brain and body that are meant for the active, biologically functional folate. All the benefits of folate are thus blocked.

There is no upper limit to the amount of folate safely eaten daily because there are no risks associated with ingesting any amount of dietary folate. Maximize dietary intake of folate, as you can’t eat too much. See below for some healthy foods that contain natural dietary folate.

The list above is only some of the many foods rich in folate. For a more comprehensive list, please go to the USDA National Nutrient Database.

For more on folate, please see my post on the benefits of folate.

Until next time, take care of yourself and be well.