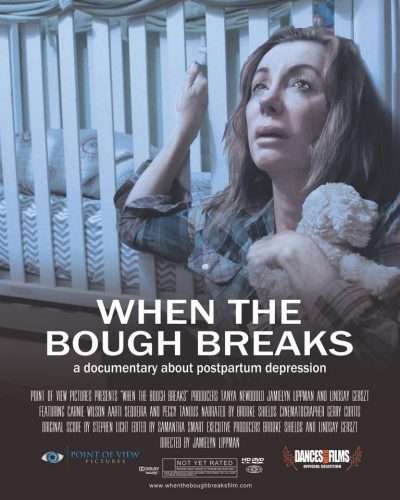 This week on MD for Moms we have two guests – from 1-1:30pm EST / 10-10:30am PST I will be interviewing Lindsay Gerszt, producer of the film When The Bough Breaks. From 1:30-2pm EST / 10:30-11am PST I’ll be interviewing hematologist and oncologist Dr. Shikha Jain about bleeding disorders and cancer.

Lindsay Gerszt will join us to discuss her experience making this fabulous, insightful and courageous film. We will explore her personal journey with PPD and how being behind and in front of the cameras helped her heal. Lindsay will also reveal her hopes for the film, and how people have responded to it thus far. We will get an inside look into the making of this unique movie and into Lindsay’s one-of-a-kind journey to wellness. Lindsay is a brave, thoughtful and genuine woman and I encourage everyone to tune in for the show and to watch the film, available now on iTunes.

Lindsay Lipton Gerszt was born and raised in Miami, Florida.  In 1997, she graduated with a BA from the University of Miami, where she majored in Communication and Sociology.  Because of her love for music and the arts, in 1997, she began her career in Los Angeles at Capitol Records doing A&R.  In 1999, she worked at MCA records and in 2003 she worked as a music manager at The Firm.  Lindsay had the pleasure of working with, managing and doing PR for some of the biggest artists in the music industry.

In 2007, she stepped back from the music industry to begin her family. It was at this stage in her life that she came face to face with postpartum depression. She has now committed herself to raising awareness for PPD, it’s many faces and the path to a healthy life and family.  Her commitment to PPD has included working on the important documentary… When The Bough Breaks-a documentary about postpartum depression. This work has included fundraising, producing and telling her story, along with helping other women tell their story.  This work has become her passion.

When The Bough Breaks is a feature length documentary about postpartum depression and postpartum psychosis.  Narrated and Executive Produced by Brooke Shields, this shocking film uncovers this very public health issue which affects one in five new mothers after childbirth.

The film follows Lindsay Gerszt, a mother who has been suffering from PPD for six years. Lindsay agrees to let the cameras document her and give us an in depth look at her path to recovery. We meet women who have committed infanticide and families who have lost loved ones to suicide.

Babies are dying, women aren’t speaking out and the signs are being missed.  When The Bough Breaks takes us on a journey to find answers and break the silence.  This film also features stories from singer Carnie Wilson, actress Tanya Newbould, celebrity chef Aarti Sequeira and Peggy Tanous of The Real Housewives of Orange County. 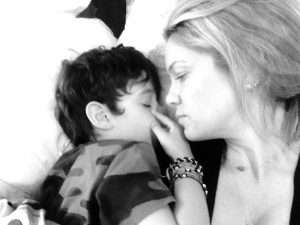