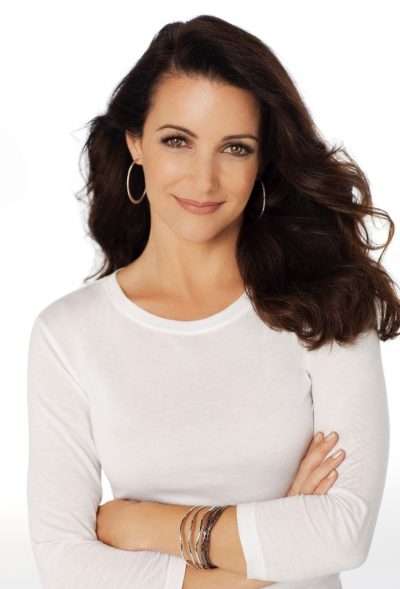 This week on MD for Moms, I interview Kristin Davis of Sex and The City and dermatologist Dr. Lawrence Eichenfield about severe atopic dermatitis, aka eczema. Just as she was family-focused as Charlotte on SATC, Kristin Davis puts her family first in real life and understandably struggled to help her child with eczema for many years. They tried lotions, bought special non-tagged clothes, modified their diets, and did all that could be done to lessen the symptoms her little one was experiencing. Now, she is speaking out about her family’s experience with this painful, itchy condition because of a new treatment available called Dupixent, which was recently approved for children ages 6-11. We explore the difficulties faced when your child is suffering and how Kristin worked hard to improve things. She provides suggestions for ways to make life easier for everyone in the setting of having a kiddo with eczema and reveals what helped her child the most. Dr. Lawrence Eichenfield also joins us and gives us a scientific background about atopic dermatitis and the medical implications of a child having it. He also details various treatment approaches, and why this new monthly injection is revolutionizing the eczema world. We also dig into what atopic dermatitis is and why some kids are impacted and others are not, as well as common associated conditions.

Having a child who suffers from eczema can be hard – this week’s show can help you help your child feel better.

KRISTIN DAVIS is best known for the Emmy- and Golden Globe-winning series “Sex and the City,” in which she starred as the ever-hopeful Charlotte York for six seasons.  The role earned her individual Best Supporting Actress nominations for both an Emmy and a Golden Globe Award.  Davis and her co-stars also won two Screen Actors Guild Awards® for Outstanding Performance by an Ensemble in a Comedy Series.

Davis has most recently been seen as the Host of the new reality dating show on FOX, “Labor of Love,” taking viewers along on one woman’s (Kristy Katzmann) unconventional journey toward potential love and motherhood.  The series explores the universal theme of building a modern family and what it means to “have it all” in 2020. Davis also serves as a producer on the series which aired on FOX.

Davis starred in the original Netflix Holiday 2019 adventure-romance film, “Holiday in the Wild”, opposite Rob Lowe. Davis is also an executive producer on the project, which is set against the backdrop of the elephant poaching and conservation battles in the African wilderness. It centers on a woman (Davis) who, after her longtime husband walks out on her just before a family safari, goes anyway.  Arriving in Africa, she meets a bush pilot and elephant conservationist (Lowe).  The film stems from a long-time passion of Davis, who since 2009, has dedicated herself to raising awareness to the plight of elephants and stopping illegal poaching for ivory before elephants become extinct in the wild.

Davis reprised her role of Charlotte in the 2008 big-screen hit “Sex and the City,” which was number one at the box office on its opening weekend and grossed over $415 million worldwide, and then again in “Sex and the City 2,” the sequel to the first movie.  She starred in the box office hit “Couples Retreat” opposite Jon Favreau and Vince Vaughn and other feature films including the holiday comedy “Deck the Halls,” “The Shaggy Dog,” “Journey 2: The Mysterious Island,” and Robert Rodriguez’s children’s adventure “The Adventures of Sharkboy and Lavagirl 3-D.”

Prior to “Sex and the City,” Davis starred as the devious Brooke Armstrong in the pop culture phenomenon, “Melrose Place.”  Her additional television credits include the 2014 series “Bad  Teacher, the TNT Original Movie “The Winning Season,” co-starring Matthew Modine, as well as guest-starring roles on other iconic shows including “Will & Grace,” “Seinfeld,” “Friends,” “ER” and “The Larry Sanders Show.” In 2012 she executive produced and starred in the award winning Lifetime original movie, “Of Two Minds.” The film deals with mental illness and chronicles the relationship between a woman (Davis) and her younger sister (Tammy Blanchard), who has schizophrenia. In 2016, she starred opposite Shirley MacLaine and Eric McCormack in Hallmark’s Hall of Fame, “A Heavenly Christmas.”

Her theatre credits include in the role of Beth Gallagher in the stage production of “Fatal Attraction” in London’s West End and a run on Broadway in Gore Vidal’s Tony Award nominated, iconic play, “The Best Man”.  Additional theater credits include Sunny Jacobs in “The Exonerated” in the West End, “Brave New World” and “Land of the Dead,” opposite Paul Rudd.

An active philanthropist, actress Kristin Davis has the honor of dedicating her time and efforts to serving as a Patron to the Sheldrick Wildlife Trust and as a Goodwill Ambassador with UNHCR, the UN Refugee Agency.

In 2014, Davis executive produced and financed the documentary, “Garners of Eden,” about the work the Sheldrick Wildlife Trust does to help the elephants in the fight to save them from extinction. The film won numerous honors at film festivals, including the “Elephant Hero” Award in March 2016 at the UN sponsored International Elephant Film Festival, and was a finalist for the prestigious Peabody Award.  “Garners of Eden” is currently available on Netflix and iTunes.

Dr. Lawrence Eichenfield is chief of pediatric and adolescent dermatology at Rady Children’s Hospital-San Diego, as well as vice chair of the Department of Dermatology and a professor of dermatology and pediatrics at UC San Diego School of Medicine.

Dr. Eichenfield earned his medical degree from Mount Sinai School of Medicine in New York, was a pediatric resident and chief resident at Children’s Hospital of Philadelphia, and completed dermatology training at the hospital of the University of Pennsylvania. He is board certified in pediatrics, dermatology and pediatric dermatology.

Dr. Eichenfield’s clinical interests include atopic dermatitis, acne, psoriasis, vascular legions including port wine stains and hemangiomas, neonatal dermatology, laser surgery, nevi and skin signs of systemic disease. He has authored more than 300 journal articles, chapters, abstracts and books on these topics and serves on the editorial boards of multiple journals and periodicals.