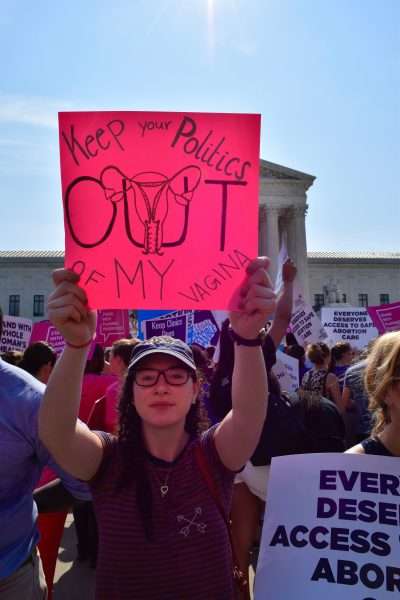 This week on MD for Moms, I’ll be interviewing OBGYN’s and Family Planning physicians Dr.’s Audrey Lance and Tracy Griffith about abortion and the recent laws proposed and being passed throughout the country that are limiting women’s access to abortion services. Let’s be clear from the outset, I am firmly and completely pro-choice – as a woman, physician and as a mother, I completely support a woman’s autonomous right to make decisions about her body and her future. The beauty of being pro-choice is that it means that you leave the option open – if a woman wants to continue her pregnancy, fabulous; if a woman wants to terminate, so be it. Just as with any other medical procedure, abortion should be discussed by a woman and her physician with no outside involvement by the government or anyone else.

Recent misinformation about abortion has made it such that people are confused about so-called ‘late-term’ abortion (which is not an actual medical term), and whether babies are executed following failed abortion  (they are not). Incredibly draconian ‘heartbeat’ bills are not new, but they have been increasingly proposed and have been passing over the past year. Five bans have passed including Ohio, Kentucky, Mississippi, Iowa, North Dakota and most recently, Georgia. Under these bills, some of which have not yet been enacted and some of which are now being challenged, abortion would be prohibited once a fetal heartbeat is detected, which can be as early as 6 weeks gestation. There is a current case of an 11 year old girl in Ohio who is pregnant due to rape who will not be able to obtain an abortion as a result of this ruling. She is ELEVEN. Think that through for a moment…

We will explore the many facets to the different bills that have passed and those being proposed so that we can all understand why the limitations on women’s rights are so dangerous and what we can do, alone and as a community, to try to counter the dangerous precedents being established with each passing bill.

Dr. Audrey Lance is a Board-certified OBGYN with fellowship training in Family Planning. She completed residency and fellowship at the University of Michigan. and is the former Director of the Ryan Residency Training Program at Magee-Womens Hospital in Pittsburgh and is currently a physician at Northland Family Planning Centers in Michigan, as well as Planned Parenthood of Tennessee & Northern Mississippi. Dr. Lance also worked as a physician through Maven, a telemedicine site for women’s health. She enjoys reading, running, hiking, and spending time with her husband, daughter, and two dogs.

Dr Tracy Griffith is an Obstetrician and Gynecologist practicing in Toledo,  OH since 2017. Dr. Griffith went to medical school at the University of Toledo College of Medicine then completed residency in Akron, OH in 2017. Her passion for advocacy started during residency and she has been able to attend several ACOG meetings at the state level as well as attending the Congressional Leadership Conference in Washington, DC in 2017.