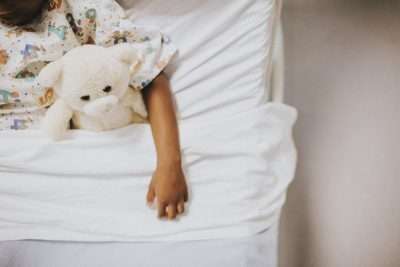 This week on MD for Moms, I interview Pediatric Hematologist / Oncologist Dr. Julie Krystal about the topic that terrifies every parent: childhood cancer. We explore the various forms of cancer commonly seen in kids, signs, and symptoms to look for, and treatment options. We also discuss if there are environmental exposures such as during pregnancy or via diet that increase the risk of pediatric cancer. Dr. Krystal also shares with us how parents can approach a cancer diagnosis, for their sick kiddo and other kids too.

Another important topic we delve into is the issue of cord blood banking. Can doing so actually help your child in the future and could it help another child if someone is diagnosed with cancer? What benefits actually exist from banking your baby’s cord blood? There is a lot of misunderstanding on this topic, and Dr. Krystal explains and clears up misunderstandings on this week’s MD for Moms. 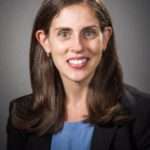 Julie Krystal, MD, MPH is currently the Head of Developmental Therapeutics in the division of Pediatric Hematology-Oncology and Stem Cell Transplantation at Cohen Children’s Medical Center of New York. She received a BA Cum Laude with high honors, and an MA in Anthropology from Brandeis University. She received her medical degree from New York Medical College, where she was an early inductee into Alpha Omega Alpha (AOA), and served as president of her school’s chapter. She completed her pediatrics training at the Children’s Hospital of Montefiore, where she was voted the “Most Enthusiastic Intern,” a description that still fits her many years later. She went on to complete a fellowship in Pediatric Hematology-Oncology and Stem Cell Transplantation here at Cohen Children’s Medical Center, during which time she also completed a Master’s in Public Health degree at Hofstra University. Dr. Krystal returned to Cohen’s in 2016 to start an early phase clinical trials program in the division of Pediatric Oncology, which has been rapidly expanding under her guidance. She was the recipient of a St. Baldrick’s grant to support her work. Dr. Krystal has held several positions on national committees, including as co-chair of the Early Career Council for the American Society of Pediatric Hematology-Oncology. Dr. Krystal is the Program Director for the fellowship in Pediatric Hematology-Oncology and enjoys training physicians in her field. Her clinical interests include neuroblastomas and brain tumors. Julie and her husband Jonathan, live in Roslyn where they are raising their three children, Zachary, Sasha, and Hannah.

Zucker School of Medicine at Hofstra/Northwell