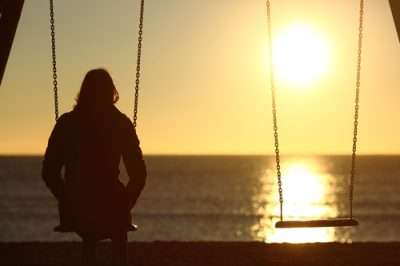 Photo attribution: Wishing for a baby...

My column on Huffington Post is the written counterpart to my weekly BBM Global Network and TuneIn radio show (Wednesdays 1pm), with which it shares a title, MD for Moms.

How can we broach the subject if it is not otherwise openly discussed?

Twelve weeks pregnant with my first child and working at New York University medical clinic, I felt a rush of blood down my leg and thought my deepest fears had come true. My OB sent me to the ER, where the wait for the OB team felt like an eternity. When my sweet, wonderful husband arrived, in a rush from his uptown hospital, I blurted out, “I am so sorry, I lost him.” Despite his protestations, I was distraught and proclaimed, “But I was the vessel ― I was the ship that was to bring him to safe harbor ― it was on me and I failed.”

I will never forget that feeling of personal failure, profound loss and ultimate sadness.

As it turns out, instead of a miscarriage, I had suffered a ruptured blood vessel in my uterus which resolved quickly and painlessly on its own, and nine years later my son is perfectly healthy. I relay this story because my initial reaction encompassed a common set of feelings expressed by many women in the setting of miscarriage or infertility: defeat, powerlessness, guilt and shame.

Since then I have been blessed with two more children, but between babies two and three, I suffered the painful experience of seeing two heartbeats on an ultrasound only to lose the pregnancy. I grieved, as so many women do, without reaching out to my support network. The prevailing societal view that fertility struggles are taboo, failures, life events to feel ashamed about, dictated my response.

I erroneously believed I was alone among my friends in having miscarried, because we had never talked about it; this is faulty but common logic, which functions to negatively reinforce the bias against speaking openly about pregnancy loss. It was only years later, after I became open about my experiences, that I appreciated that none of us had actually been alone, we had just unfortunately all felt that way by virtue of keeping our pain to ourselves.

Why do women stay quiet about conception struggles and pregnancy loss?

Nearly every culture in recorded history reveres the mother and sanctifies pregnancy. Our society is no different, and from a young age girls are taught at home to ‘honor thy mother’ and respect the family matriarch. The ‘birds and the bees’ follows and the concept is further imprinted via Pregnant Barbie and high school health class. Being a woman means being a mother.

Our bodies were created to produce children, so when a woman can’t conceive, or miscarries, there is an understandable sense of failure.

Our bodies were created to produce children, so when a woman can’t conceive, or miscarries, there is an understandable sense of failure, and often anger at one’s body and a profound shame. None of these feelings are conducive to sharing the experience with others.

This sense of isolation is compounded by the fact that pregnant women and babies are everywhere, a proverbial slap in the face for a woman struggling to conceive. Once a woman is pregnant or once a child is born there are no outward signs signifying prior fertility struggles or past miscarriages. Since these things aren’t talked about, it’s easy for women who are struggling to assume that all those pregnancies and childbirths happened without incident.

Women often think that miscarriage is their unique experience, that it is not prevalent, but it is actually incredibly common. One in every four pregnant women has likely had a miscarriage, and if you count early pregnancies before a missed period, that jumps to half. None of these women did anything to cause their miscarriages ― it doesn’t matter if they drank alcohol once or maybe several times, if they ate sushi, weren’t taking prenatal vitamins, took a ton of exercise classes or didn’t exercise at all. Their miscarriages were most likely caused by genetics and perhaps bad luck, but not by anything any of these women did or did not do.

These numbers are easy to find ― most women will Google miscarriage at some point in their first trimester and realize that the rate is not low. So why then does it hurt so much when it happens? Why did I, a physician who not only knew the numbers but also the reasons from a medical standpoint, have such a strong emotional reaction to the loss?

That due date becomes a whole new reality that you start to dream up even if by doing so you open yourself to potential heartache if you miscarry.

Because knowing and experiencing are two different things. And maybe more importantly, once a pregnancy test is positive, every symptom felt, every bit of nausea, twinge of nipple tenderness, hunger and fatigue are indicators of the life starting to grow within. That pregnancy becomes real to you. That due date becomes the start of an entirely new family structure in your mind, a whole new reality that you start to dream up even if by doing so you open yourself to potential heartache if you miscarry.

Yet how can we broach the subject if it is not otherwise openly discussed? The discomfort experienced by women attempting to open up about their miscarriage or fertility experiences often stems from a fear of making others feel awkward or embarrassed. Although introducing fertility issues can be difficult and uncomfortable, oftentimes the best support network will be women who have been there and can relate.

Who else but another woman can understand the deep sense of loss experienced by yet another negative pregnancy test and the arrival of one’s period? That monthly reminder of failing to conceive is like a punishment without any associated crime. Knowing there are others who have felt the same way and now have children can be a huge boost when everything looks dismal and parenthood seems out of reach.

We as woman have broken through so many barriers, changed so many negative stereotypes and readjusted endless false images of what we are and what we are supposed to be ― why not change this social norm that shies away from discussing conception issues now, for ourselves, our friends, our sisters, and our daughters?

Let’s agree to move miscarriage and fertility struggles from a place of shame and guilt and instead into the light where we can share openly and honestly and obtain support from one another early and often.

Is it necessary for a woman to share her intimate fertility issues with others? No, but why not have the option? Rough times are better with friends and loved ones there when you want them to be, without judgement and without unnecessary advice, just with love.

Postpartum depression used to be a topic that was off-limits, but thankfully it is increasingly being recognized and discussed openly. Let’s do the same with infertility and miscarriage.